Santa Cruz Versus the World 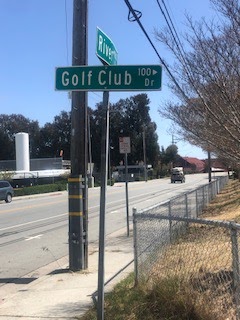 [Ho-hum street names having to do with sports] 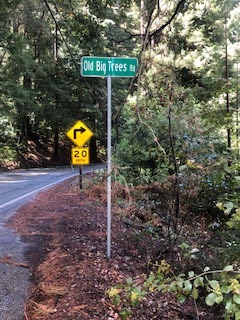 [Straight to the point: Old Big Trees Rd, along Hwy 9] 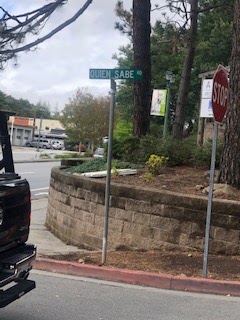 And *this* lady on Facebook.  I don't make fun of too many names as a general rule, but I can't stop laughing when I say this name out loud.

Apparently this is her real (married) name--I know because I made the blunder of publicly asking our mutual friend on her Facebook post.

I totally thought it was an awesomely disgusting, double entendre nickname and that she was my kinda people...yeah.  No.  It's her real name.

She ended up sending me what my father-in-law calls a "nastygram" (p*ssed-off rant of a message) over FB messenger, calling me out as a stupid, terrible person for making fun of someone's name like that.

True, true.  To be completely honest it was more out of amazement than b*tchiness, though.  But by then I was laughing too hard to explain myself, backpedal, or apologize properly, so I just blocked her like the grownup I am.

Also me, inside my head:  [Honey you do realize you don't have to take your husband's last name?  Way to take one for the team.]

Then again, if Joe's last name were Butt, I still would've taken his last name, too.

Posted by Laurel B. Miller at 5:33 PM No comments: