Posted by Laurel B. Miller at 4:04 PM No comments: 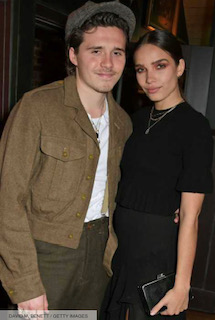 And one of the guys from this movie: 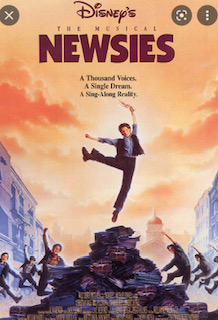 Posted by Laurel B. Miller at 6:53 PM No comments:

The Names That Got Away 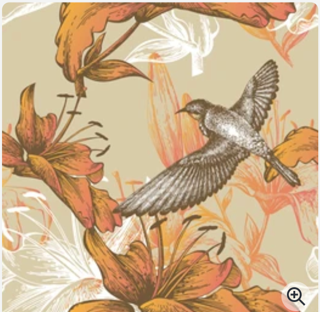 He’s got a daughter he calls Easter;
She was born on a Tuesday night
-Sheryl Crow; Everyday is a Winding Road

I am super done making and naming babies.  I've said that and lied at least three times--hell, we've even been through a vasectomy and a vasectomy reversal--but this time it's for real.

I have to admit that my naming obsession might have been involved in my wanting to bring so many children into this world.  So I'm letting them go (the names, not the children!).  These are the names that got away; I’d love it if my brother or cousins had more kids and used some of these, and so should everyone else.

Tabitha Easter—I love Tabitha and sometimes think I should’ve named Elise that.  But she laughs at that name for some reason.  And she doesn’t look like a Tabitha at all.  Tabitha Eve is another combination I like, though both combos are a little biblical for my taste.

Constance “Connie” Lark (Joe would’ve shot that one down after making a joke about oral sex—you know the one I’m talking about.  At my high school there was a diver named Brian Lingus and people thought it was the absolute height of cleverness to ask him if his mom’s name was Connie.  The swim team was a lot more educational than Sex Ed.)

Or something with Kay or Julienne (my late grandma’s name) as a middle name. 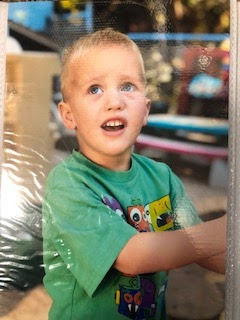 and Tabitha Stevens from Bewitched. 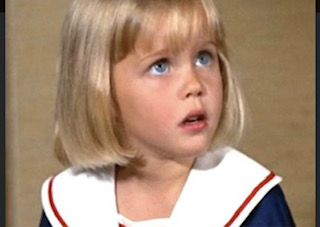 I definitely pined for a little Tabitha. But I wouldn’t trade my Georgie—or any others of ours—for ten Tabithas.

Posted by Laurel B. Miller at 5:27 PM No comments: 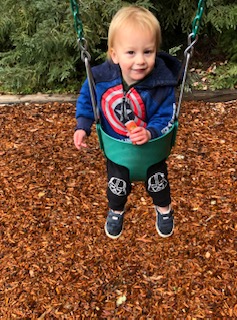 And Side Eyeing Chloe: 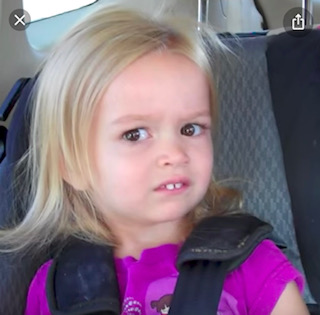 Posted by Laurel B. Miller at 4:59 PM No comments: