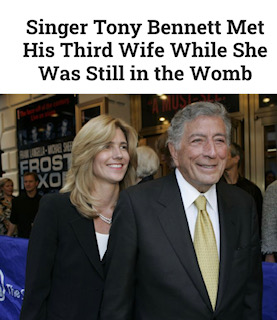 From the Scotts Valley Times.  But okay, I've definitely had pregnancies that felt like they were 30 months long. 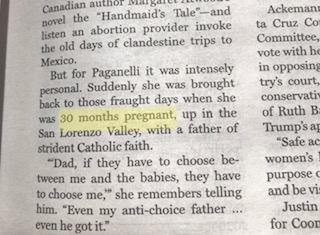 And (drumroll, please...) the award for the most random, talking-right-out-of-its-@ss children's book in the world goes to:

You'd think that a Little Golden Book that was written by the author of Goodnight Moon and illustrated by the guy who drew for the Little House on the Prairie books would be pretty good.  And you'd be wrong.

"He chewed [his dinner] up and swallowed it into his little fat stomach."

Excuse me, but we are a body-positive family, here.  And we won't be reading this claptrap anymore unless we feel like saddling our poor preschoolers with food issues. 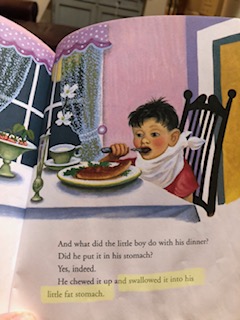 But wait!  It gets weirder.
Somehow the protagonist's politics come into play, as the author describes the dog's circular logic about what general time of day sunrise needs to be and where the stars should be orienting themselves that night.

Actual illustrations from another children's book, Great White Sharks, that my 6-year-old brought home from the school library: 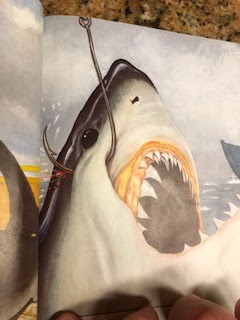 Of all the gross things to gawk at in this book, George liked this picture the least. 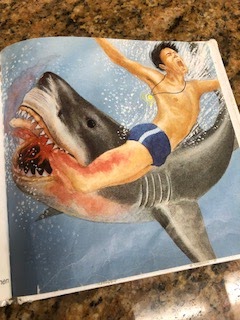 I think you can see actual tendons ripping out of the guy's flesh.  Look at his f*cking face! 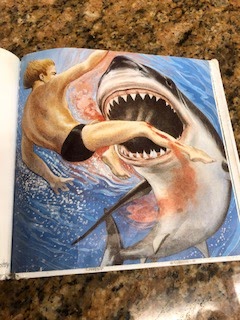 Has anyone read this book before putting it in an elementary school library? 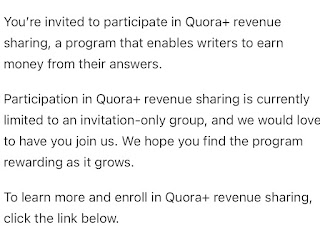 Yes and yes.  Doesn't anybody proofread these headlines? 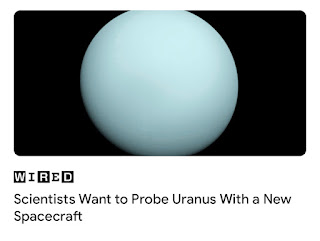 This creepy-@ss lawn gnome who is locked and loaded. 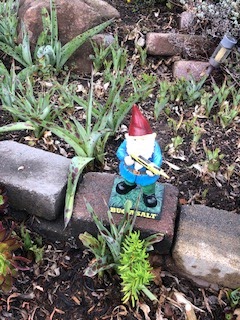 Elon Musk thinks we need more people on the Earth for some reason, and that this so-called lack of humans is actually going to cause problems?  I may be a large-family parent, but at least I have the good sense to be embarrassed by it. 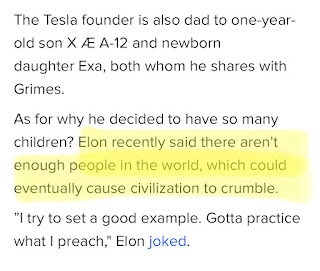 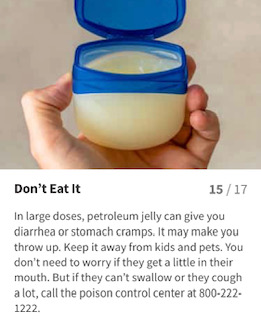 Some random-as-all-hell (targeted?) links on WebMD 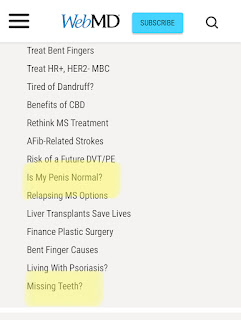 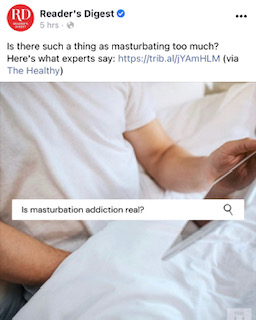 "My girlfriend, she's at the end; she just started to cry..."

This woman on Quora is cheapskate goals.  But I have questions.  Like, are we talking old t-shirts?

Kody Brown, covered in People, who claims not to "feel safe" these days with first wife Meri.  I'm not a plural marriage expert, but excuse me?  Wouldn't she be the one who'd have to be worried about wiping down Kody's junk with bleach wipes when it's finally her weeknight with the guy? #KnockOnWood

In case anyone was worried:

In case I needed to feel ancient in the Costco checkout, this is the year I graduated:

This hair trend, which happens to be on-trend in Santa Cruz: 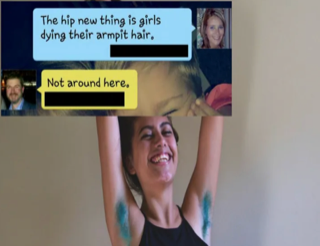 This level of cleaning, which will absolutely never occur in my home so long as I'm around: 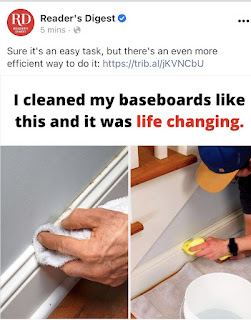 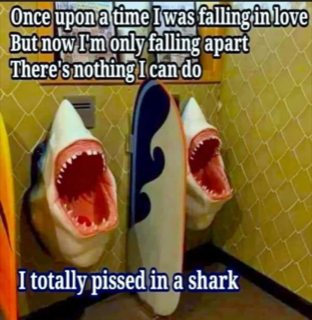 Now, I don't own a penis, but won't it be hard to aim if your d*ck is turtled up into your abdomen?

This children's toy, spotted near the book section at Target:

This yogurt, spotted at Grocery Outlet: