You Know You Have a Sh*tload of Kids When:

You hadn't flown anywhere in two years even before the pandemic started.

You brought the van to be detailed once, and the guys working there took one look inside and laughed really hard.

Your kid tells a concerned adult in his life that “Mom needs Coke every day to get everyone everywhere,” and he’s not wrong but he’s talking about McDonalds’.

Your husband has used a powerwasher to remove the food residue from the floor mats of your car.

People drop their kid off at your house because they know you won't actually notice one more.

There's no such thing as a Christmas card picture where everyone's looking.

If your kids didn't eat in the car on the way to a sibling's soccer practice, they'd starve.  (An Aunt Kay-ism)

You have thought about getting a limousine window installed in your car to drown out the noise of the fighting from the backseat.

You’re all in one hotel room for the night and it's like: 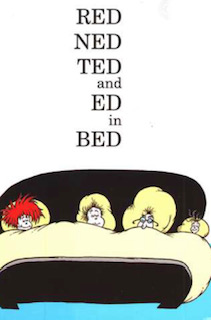 Your family has to reserve two hotel rooms, and even then you'll have to sneak someone in.

You dream of babysitting your future grandkids one day but you'll probably have to get your own personal bus to pick them all up from school.

You don't have goldfish or houseplants since you're horrified at the idea of taking care of one more living organism.

One of your younger children is living exclusively on Nutella toast and is somehow still growing so you're not all that worried.

You have almost as many kids as your grandma did in the 1950's.

The pediatrician schedules three of your kids' well visits in the same appointment.

The only person who has his own room is the cat who sleeps in your garage.

You wanna put some decals on your vehicle to flex about how many kids you have, but the little rear windshield wiper's in the way. 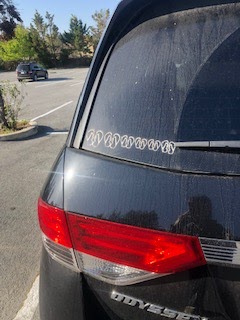 Two sets of brothers in your household share underwear with each other.

A lot of people need braces at the same time, so you tell one of your kids to push on that gangly tooth with their index finger a little bit every day and it'll move back into line.

By the time your fifth kid can drive the station wagon it's locally famous and known as the Klunken Wagon.

When your 4th child grows up and then comes back to visit their hometown, someone in the grocery store mistakes him for the brother that is four siblings younger.

Nobody has his own socks.

Someone's actually been left at church or at school by accident.  (Sorry, Aunt Janet!  Sorry Will!)

Your six-year-old has yelled, "I need my own life!" at everyone in the car.  And your daughter said, "Me too, George.  Me too."

You can't convince them of it now but you're confident your kids will all grow up to (mostly) love each other and look back fondly.