FAQ: Who the Hell is Aunt Kay? 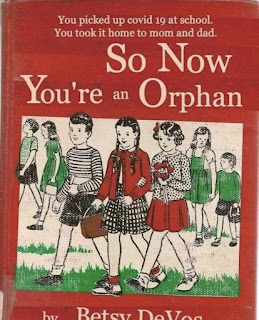 Aunt Kay is my aunt.  Her name is Kay*.  Her laugh is the sound of mirth itself.

*Due to having an extended family of almost Duggarly large size, I actually have two Aunts Kay.  One is hilarious and calls herself "The Good Aunt Kay" like the Good Witch from The Wizard of Oz; the other is hilarious and I've started to call her "The Great Aunt Kay" for distinction purposes.  Not that one is great and the other is merely good, mind you.  They are both great!  And, in fact, they are both literal great-aunts to my kids.  But this blog is largely addressed to The Great Aunt Kay.  There, that should clear things up.


Q:  Why are you writing her these letters?

She wrote me some of the first letters and postcards I ever received.  Then, when I was around eight, my brother and I visited Aunt Kay, my uncle, and their four kids for two straight weeks while my parents took an Alaskan vacation.  I was an @sshole and stepped on my cousin Joe's sand castle on purpose.  He was devastated.  She was kind to me anyway.  I was perplexed.

Later, when I was in late elementary and early middle school, some bad stuff happened.  It slowly dawned on me that my mom was "playing doctor" with her boss.  A mysterious man used to call our house in the middle of a summer's day asking for her, and then leave "no message" when I said she wasn't available.  Then, an hour or so later Mom would call from work and I would innocently report the non-message to her.  Another time, I was invited to the boss' daughter's birthday party, even though we lived in different economic strata of different cities and had never previously met--nobody spoke to me and the mom/scorned wife glared at me for most of the party.

But the real "smoking gun" was the condom I found stashed in the glove box of her car.  Seeing as how I was privy to far too many grown-up details of her life at that time, I knew that the status of her ability to bear further children should have rendered such precautions unnecessary (at least, intramaritally).  It was there for a long time, that maroon Trojan condom, and I used to take it out of the glove box and hold it in my hand.  Rubbed it through its foil wrapper between my fingers and thumb, like a child's "lovey."  For reassurance, really.  Nope, Mom's not doing anything untoward, I would comfort myself.  She's probably just doing one of those nurse demonstrations where you show a teenaged audience that a condom can stretch all the way over the crown of one's head, like a latex version of a ski mask.  Yes, that's got to be it.

Then, things got irretrievably weird when Mom and I once drove to this guy's house and just sat in his driveway, my mom giggling maniacally.  At this point it would also have been impossible not to notice she was listening to Brian Adams' Have You Ever Really Loved a Woman? from the Don Juan DeMarco soundtrack on repeat, which was actually pretty inconvenient because it was on a cassette tape.  My brother and I would have to limit the number of times she could listen to the song in one outing, as we were often trapped in a rather small Honda Accord with her and these were the days before iPods.  She was like a lovestruck teenager McFlurry, with a side order of stalker.  This went on for awhile.
I outed Mom one evening at the dinner table by remarking on these curious happenings. My parents’ reactions in the first tenth of a second told me everything I needed to know about whether any of this was kosher and what fate awaited the family.
My dad tried to outrun a divorce and we abruptly moved closer to Dad’s family, taking refuge in Aunt Kay's town.  A few months later, I came home from a volleyball game to find that my mom had moved out.  I remember my brother was calling out for her several times, and eventually we realized she wasn't there anymore and that half the furniture was also missing.  That was the winter that I sat in front of the TV for hours with my dad until we were both numb from cold, watching hockey, and the desolation of being in a household post-mom.  The bright point was when Aunt Kay would make an excuse to invite us over, which was as often as she possibly could manage.  She would make popcorn and we would watch the game, whatever MSU game was on. Their house was brightly lit and she folded clothes and they watched basketball.  We watched basketball, we sat in front of the TV, all of us together, and for a little while I was part of a nuclear family hamlet again; there was a Designated Mom Person there who would tell me she heard about my 10 aces at the last volleyball match versus our cross-town middle school rivals, and that she also heard I was doing really well in math class.  And what did I think about that book we were reading?  So things were okay for a few hours of these evenings.

Things are mostly better now. I have been estranged from my own mother for years, for a long list of excellent reasons, with no plans for change. I'm not able or willing to continue a relationship with her anymore but I know she loved me in her way and tried to be the best mom she could.  I'm not a perfect parent, either.

When I need someone to really understand, to really feel for me, and really hear me, though, it's Aunt Kay that I reach for.

My brother wrote about Aunt Kay, once, during those early post-mom times.  He must have been about nine or ten, and he had a school assignment to Describe Your Hero.  Other kids were probably writing about Shaquille O'Neal and Sandra Day O'Connor and Amelia Earheart and Zack Morris from Saved By The Bell, and here was my stupid brother writing about Aunt Kay.  But he was onto something, I realized.

It came down to this: she cared.  When I would walk into Aunt Kay's house looking for my cousin so that I could complain to her about how my mom's latest boyfriend was named Rodney Dick (seriously), Aunt Kay was glad to see me.  Aunt Kay always wanted to talk to me for some reason, no matter how surly I was or how unlovable I felt, and she seemed to be truly interested in what was going on with my life.  And, in turn, I slowly started to value myself.  I started writing to Aunt Kay because it occurred to me that not everyone is blessed enough to have an Aunt Kay, and I really wanted to "hear" (imagine) her unique take on certain things, too.

Fortunately for me and all who know her, I don't have to write about her in the past tense.  She is alive and well, and she still writes my kids postcards.  She's probably stirring a pot of chili, playing Mexican Train, telling someone a funny/outrageous story, and sewing tiny legwarmers for newborns in the NICU nursery right at this very moment.  I made that last part up.  She knows how to do a lot of cool things, though, and she is altruistic to a fault.  To my knowledge she's unaware that I am dedicating these entries to her as treatises to the woman she is.