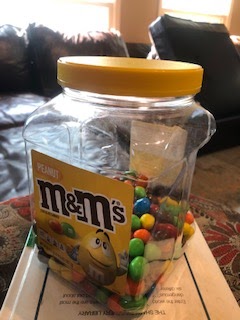 I have six kids.

And I’ll be real—my eating standards have gotten lower with each successive pregnancy.  While pregnant with my first child I quit caffeinated drinks, avoided deli meats and soft cheeses, and didn’t even indulge in much Rocky Mountain Chocolate Factory. With my sixth and final child I was sicker and a lot less sanctimonious. Baby #6 was bathed in a steady stream of McDonald’s fountain Coke and his bones were knitted with hash browns—if I didn’t get through the drive-thru before 10am I would heave in the median of the parking lot.

Clearly, my last baby was telling me what he needed and who was I to deny him?  But Heidi Murkoff’s classic pregnancy manual, What to Expect When You’re Expecting, goes so far as to bagel-shame the unwitting prego.  Sometimes a pregnant person has no choice but to listen to their body for at least some of their nutritional needs.  Although I’ve been known to mow down half a drum of Red Vines, that’s almost never ideal and you'll up your risk for complications like GDM and pre-eclampsia.  It’s not just about calories, it’s about making sure you get things like fiber, vitamins and minerals, antioxidants, and healthy gut flora, too. So here are twelve real-world food replacement ideas, for those less-than-optimal choices we’ve all made while there’s a cinnamon bun in the oven.

A metric ton of cheddar cheese—> Some feta on a Greek salad with grilled chicken and kalamata olives. Yes, I know feta is risky; if you’d rather play it safe with your listeriosis odds, try the plant-based shredded cheese from Costco.

Half a box of Krispy Kremes—-> Half a small loaf of banana or zucchini bread.

Large Coke ( < 50 mg of caffeine)—-> First, downsize to a large Coke with extra ice, then a medium Coke—having a moderate amount of caffeine (less than 200 mg per day) is fine. Or get a smoothie instead.  If you’re really ready to kick yourself into high gear with your wellness, switch over to green tea.

Candy bar—-> popcorn with a few Skittles tossed in.