All I Need to Know: Flatulence 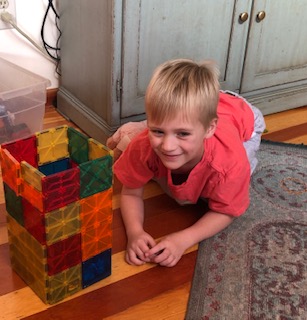 A corporeal weapon is one of the most readily available means of revenge.

Some people should never, ever consume pulled pork with beer.

Someone who eats a pound of dried apricots in one sitting before boarding an airplane is up to something sinister and should be reported to TSA.

It’s a good idea to hold your breath for about twenty-five seconds when someone suddenly rolls down the car window.

An unborn child is almost fully responsible for his pregnant mother’s gas and thus provides a perfect scapegoat.

Some of the worst stank imaginable can come from a kitten or a breastfed two-month-old.

When your Danish swim coach shakes his head scornfully and says, “you make the bad air”, very little is lost in the translation.

The human anus has an impressive repertoire of sounds—a towel ripping in half, someone dropping a cup of Jell-o pudding, or the violent squeezing of an angry cat, to name a few.

Your relationship has reached the next level of intimacy when your SO comes over and you no longer bother to cropdust your downstairs roommates before getting it on.

In the flatulence industry, nobody labors harder than six college boys doing abdominal exercises in Speedos.

Establish dominance by sitting in your spouse’s lap and releasing the hounds.

He who smelt it dealt it is mathematically improbable in a household with six males.

The best way to make a classroom full of children scream with delighted laughter is to back yourself through the doorway while dragging an AV cart and loudly rip ass.

There’s a simple fix for when one of you isn’t totally in the mood—one that doesn’t invoke Kathy Bates’s hot tub scene in About Schmidt.

There’s insidious danger in being the big spoon.

The surest way to get your first black eye is to squat over your sleeping brother’s face, yell WAKE UP CALL and let one fly*.

Give a child bean burritos, make him laugh for an evening; teach him to read Walter the Farting Dog and he’ll laugh for a lifetime.

*I should know. I did this to Max in ‘93 and am still laughing about it.