Gypsy That I Was

I bought Zach a new toy from the children's secondhand store.  It's something I always stuck my nose up about, swore I would never buy, and I made it all the way through three kids' infancies before breaking down and getting one.

The beauty of the exersaucer (or whatever the heck it's called) can't be denied, though.  Due to its orbiting "sidecar" configuration, this gigantic baby-holder contraption allows him to amuse himself for a few full minutes by satisfying his wanderlust and containing him.  No, I'm not getting paid to plug this thing.  It's just cool.

In other news, James and Elise got awards at school this week; James for social studies and Elise for math.  Will didn't get an award this time and was totally happy for his siblings anyway less than thrilled. 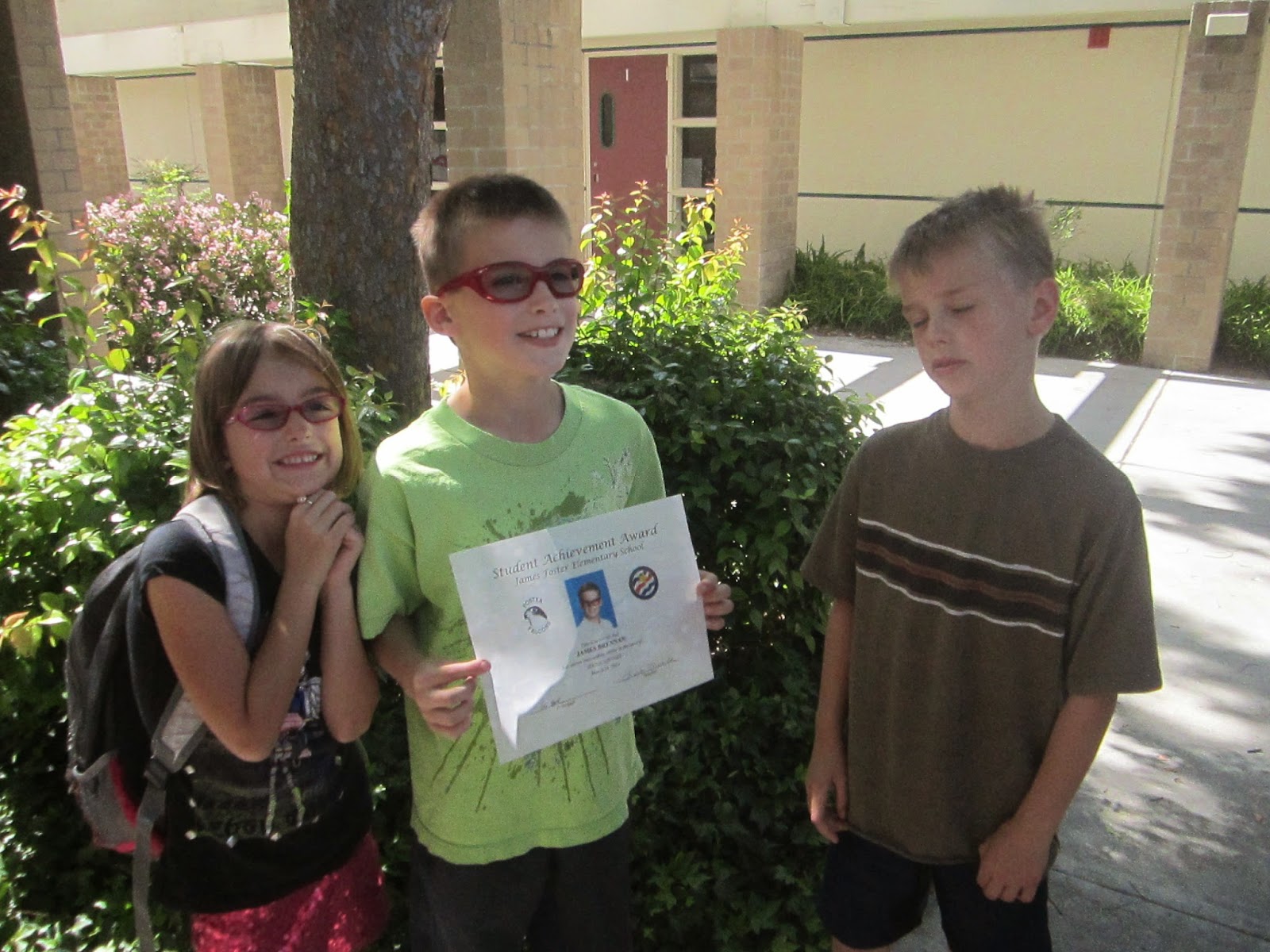 However, that awards ceremony was right after the Y-Guides Olympics, in which Will won three medals, Elise got one, and James got none.  James was making the same face as Will stood atop the podium, decorated with all the bling and glory a gold medal in the 3rd grade boys' hula hoop competition can bring.

Ah, it's hard being an almost-Irish twin.