I can see Tinkerbell's hoo-hah in that dress: Things my children are never allowed to watch

Movies My Kids are Never Allowed to Watch (and Why) 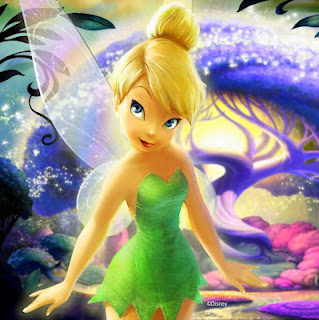 1. Astro Boy (2009). Reasons: Gratuitous violence; kids will beg for rocket boots for the next 10 Christmases; machine guns inexplicably come out of boy's rectum
2. The Secret of Nimh (1985). Reason: I still have nightmares about Mrs. Brisby's encounter with The Great Rat Leader
3. Lord of the Rings Animated Version (1978). Reason: Scenes with Gollum and the giant spiders would cause grown men to wet their pants
4. Lilo & Stitch (2002). Reason: Tragic themes on loss and child neglect make Bambi's mom's death look tame in comparison; primary character's name is slang for 'vagina'
5. Tinkerbell (2010). Reason: Cleavage-cupping frock for main character deserves NC-17 rating
6. Any "Wiggles" movie. Reason: Preponderance of theme songs that will earnestly be repeated in fake-Australian accent
TV Shows
1. Burt & Ernie segments of Sesame Street. Reason: NOT the usual bigoted, homophobic objections! It's just that Burt is such an as$hole to Ernie. Ever notice that?
2. Sailor Moon. Reason: Potential for kids to grow up to be adults who attend semi-annual Sailor Moon Conventions at the Fontainebleu
3. Caillou. Reason: "Mom, Why is Caillou bald?" "I don't knoooow!"
4. Spongebob. Reason: Supremely annoying main character
5. Pee-Wee's Play House: Reasons: too numerous and obvious to list here.
Posted by Laurel B. Miller at 11:17 PM

Welcome back to blogging! I <3 Laura.

I am approximately 3 yrs late on this, but I feel its important: I watched Pee Wee's playhouse growing up. I loved Pee Wee. Darn him & his inability to let go of his weiner in public, he forever marred a classic show.

I agree, Sarah. Although the talking furniture was a little weird, so maybe that was a red flag and we should've seen the wienerschnitzel incident coming.